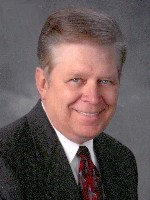 MSgt. Somers retired from the U.S. Air Force after 20 years of service, including two tours of duty in Vietnam.  He was the recipient of the Meritorious Service Medal and the Air Force Commendation Medal with three oak leaf clusters. He later worked in banking, starting his 2nd career with Wells Fargo Bank, St. Louis, MO, where he was a vice-president of computer operations until his retirement.  Edward was a member of VFW Post 2866, Scott Air Force Base, IL, where he had also served as post commander.  He was active in the Belleville Neighborhood Watch Program. Edward was an avid sports fan, who enjoyed watching the St. Louis Cardinals, NASCAR, football, and basketball.

He was preceded in death by his father, Edward Joseph Somers Sr.; and a sister, Carol Jordan.

Funeral:  Funeral services will be held at 11 a.m. Saturday, May 2, 2015, at the funeral home with Rev. Cari Frus officiating.  Burial with military honors will follow at Lake View Memorial Gardens, Fairview Heights, IL.

So sorry to have read that Ed passed. He was my boss at Boatmen’s bank in St Louis. Such a loss of a good guy.