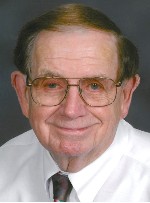 Ed was a master painter and decorator by trade. He retired as president and owner of Wottowa Painting Company, Inc. He decorated and painted many churches, theaters, nursing homes, schools, and many government projects. Ed also specialized in fine residential work. He was a true fraternist, who believed in giving everyone a chance of what they could do. He loved working with people and looked for the good in them. Ed was everyone’s friend and he didn’t know a stranger.

Memorials may be made to St. Peter’s Cathedral or in the form of masses. Condolences may be expressed to the family online at www.rennerfh.com.