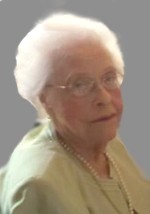 Mrs. Clark worked as a legal secretary for James O. Miller, Les Schrader, and John Huber and later worked at Radiology Associates for more than 15 years before her retirement. She was a member of St. Henry’s parish and past president of both St. Henry’s and Cathedral high school mothers’ clubs. Mrs. Clark was an avid bridge player.

The family would like to give special thanks to the staff of the Garden Place Assisted Living, Millstadt, IL.

Memorials may be made to St. Henry Catholic Church, Belleville, IL. Condolences may be expressed to the family online at www.rennerfh.com.

Burial will be at Valhalla Gardens of Memory, Belleville, Il.