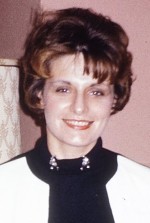 Print Obituary
Ellen Kay Hoffsten, 79, of Belleville, IL, passed away at home on October 6, 2020, of natural causes unrelated to COVID-19.

Ellen was born October 9, 1940, in St. Louis, MO, to Helen and Dr. David Friedman. Her father served in the Army Medical Corp during the last years of WWII. She grew up in University City, MO, with her two younger brothers, Warren and Kent. After the war, the family moved to Granite City, IL, where she attended Montecello High School in Godfrey, IL and graduated in 1958. In the fall of 1959, Ellen enrolled at Washington University, where she achieved her degree in English in 1963. It was here she met Phillip Hoffsten, and they married shortly after graduation, moving to St. Louis while he attended medical school.

At the time of the Vietnam war, she taught English in Tokyo, Japan while Phillip served as an Army doctor from 1968 to 1971. They adopted their first son, Martin, in 1969 and she gave birth to a son, Eric, in 1971. Returning stateside, the two resided briefly in Ft. Benning, GA, and Del Mar, CA, with their longest time being in St. Louis, MO, where daughter, Eda was adopted from Bangladesh in 1978. The year 1979 brought new changes in residence when Phillip was offered a position at a medical clinic and the family moved to Pierre, South Dakota, where daughter Meri was adopted from Korea in 1982, and finally, their son Allen, in 1986. It was during this time in South Dakota she showed an immense sense of giving, and offered her home to foster children Suzette Antelope and Betty Ann Miller, as well as international students, Richard Canino from Venezuela, and Fabrice Maendly from Switzerland.

In 1992, Ellen moved back to the St. Louis area to attend to her ailing mother, Helen, settling in Murphysboro, IL. She returned to school and achieved her Masters Degree at SIU in Carbondale. After her mother’s passing, she once again moved to South Dakota, this time to Rapid City, before settling in Belleville, IL, for the remainder of her life.

Ellen was a life-long fan of science fiction, fantasy literature, film, education, and the indomitable human spirit. She believed in and looked for the best in everyone she met and tried to improve herself and anyone to whom she could offer help. This was also evidenced by her progressive politics and would no doubt have found her inability to vote against Donald Trump’s agenda of hate and division to be her last regret. She would without question be delighted to see the decisive defeat of Trump in the past election as her final wish come to fruition.

She was quite possibly the most awesome human being to ever live, and there will never be another like her.