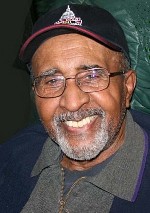 Mr. Wilson was retired E9 from the U.S. Air Force, serving 28 years.  After his military career, he earned a degree in Psychology and worked as a counselor for Belleville Mental Health for ten years.  He retired to a life of volunteer work serving on several executive boards including the Epilepsy Foundation of Greater Southern Illinois.

He was preceded in death by his parents, Richard and Willa Mae Wilson; and a brother, Ronald.

Visitation:  Friends may visit with the family from 9 to 11 a.m. Thursday, June 8, 2017 at George Renner & Sons Funeral Home, Belleville, IL.

Warm Thoughts and Prayers.I hope you feel surrounding by much Love.

An even tempered man who was equally amused by life’s varieties and vicissitudes. He was smart, kind, and gentle with those in his care at Belleville Mental Health Center. That is the Emil who will be remembered.

To the Family of Emil Wilson

We are deeply sadden to hear of the home going of your Grandfather Emil Wilson, However based on the profession of faith in Jesus Christ we are comforted by knowing he is home with the Lord. Scriptures teach us , “Absent from the body is to be present with the lord. Pastor Higgins and the entire George Hill Rising Star Organization convey our heartfelt prayers to Coach Mike, Nicole, LIL Mike and Jon and the entire Wilson family. Our prayers will be with each of you in the days, weeks and months that lie ahead. Remember Romans 8:39 ,you will be convinced and persuaded that even death can’t separate us from God’s love. That’s why we have Eternal Life.