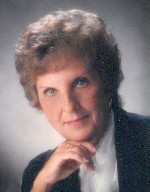 Mrs. Gellner had worked as a unit secretary at Memorial Hospital in Belleville, IL.  She was a former member of Christ United Church of Christ, Belleville, IL, and a member of the Belleville-Swansea Women of the Moose Chapter 53.

Memorials may be made to Mooseheart or to Hospice of Southern Illinois.  Condolences may be expressed to the family online at www.rennerfh.com.

Entombment will be at Valhalla Mausoleum, Belleville, IL.

My thoughts and prayers are with the entire Gellner family.

I worked with emmelene for a long time at the hospital. I looked upon her as a good friend and a loving mother to her girls,who she always talked about. My sympathy to her family, I know they’re going to miss her greatly.