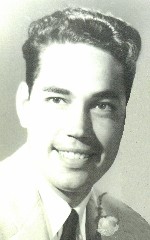 Mr. Shelton was a steel worker at Keystone Steel and Wire, Bartonville, IL, for 29 years.  He was drafted into the United States Army and served his country while being stationed in Augsburg, Germany during the Korean War.

Central to his life has been an unshakable faith in the Lord, his beloved music, his sense of humor, and love for his family.  He was a Southerner through and through.  He loved his beans and cornbread, biscuits and gravy, adored his Mom, Elvis, gospel music, and was proud of his heritage.  He was known for his exquisite penmanship, green thumb, and guitar playing.  He loved to play his beloved records daily and was a lifelong fan of the Carter Family.  Dad showed us how to live, not by words but through his actions and deeds.  Emory relied on his faith rather than worry.  He weathered through life’s trials including the death of his wife, open heart surgery, cancer and Alzheimer’s with grace, dignity and a sense of humor.  He was never in a hurry and never met a stranger.  He was always positive, happy and friendly.  Nothing got him down.  He led the choir at the Church of God in Peoria many years ago and loved to sing the “old standards”.

Before his illness advanced, he loved being outdoors – especially hiking in the woods, walking and watching the birds in the backyard.  Emory was known for his “sayings”, rhymes and many poems recited by memory.

Emory was preceded in death by his wife of 39 years, Joanna Martha, nee Isbell, Shelton, whom he married on July 2, 1955, and who died on August 29, 1994; his mother, Ollie Beemer, nee Clark, Shelton Johnston; his father, Louie Emory Shelton; one sister, June Trujillo; and one brother, Andy Shelton.

We will miss you dearly.  May you rest in peace, Daddy.

“I have fought a good fight.  I have finished my course.  I have kept the faith.”

The Shelton family would like to thank all the caregivers over the years, Rosewood Care Center-Swansea, St. Paul’s Home-Belleville, Southern Illinois Hospice, Memorial Hospital and Illinois Oncology – especially Dr. Visconti.

So sorry to hear of Uncle Bud’s passing. He was always soft mannered and sweet. Prayers with you all.

Dear Sylvia, Brent,and Kent I was sad to hear of the passing of Emory. He was indeed a Southern Gentleman. You are in my prayers. With Sympathy, Barry Pearson

Kent/margaret,we go way back to the good bishop”s days.So sorry to hear about the passing of your dad.I would of called you but I didn’t have your number.you can email at SJJOPLIN@YAHOO.COM ,be nice to get together and talk about the old days.