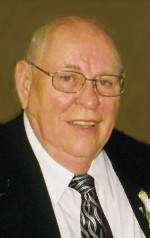 Les was a United States Air Force veteran and served his country from 1948 – 1974, retiring as a Master Sergeant. He went on to work for Scott Credit Union for 36 years. He was a member of the American Legion and the VFW. Les was an avid Cardinal Baseball Fan.

In lieu of flowers, memorials may be made to Life Church Metro East, 4180 Smelting Works Road, Swansea, IL, 62226. Condolences may be expressed to the family online at www.rennerfh.com.