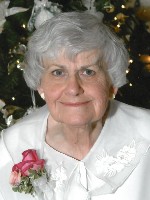 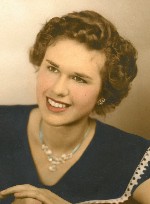 Mrs. Koesterer worked as a waitress, then for the Belleville Shoe Factory, and finally, as a cook for 20 years at the former Calvin Johnson Nursing Home, Belleville, IL. She was a member of St. Teresa Catholic Church and was a lifetime member of the VFW Auxiliary Post 1739.  She enjoyed baking cookies and spending time with her grandchildren.

Florence was preceded in death by her husband of 52 years, Theodore G. Koesterer, whom she married on September 27, 1952 at St. Teresa Catholic Church, Belleville, IL, and who died on May 7, 2005; her parents, Martin and Florence, nee Bechtoldt, Daubach; two brothers, Martin Daubach, and Francis Daubach; two sisters, Connie (Frederick) Engel and Shirley Moe; and a son-in-law, Jim Duby.

Memorials may be made to the Salvation Army or to the St. Vincent DePaul Society. Condolences may be expressed to the family online at www.rennerfh.com.