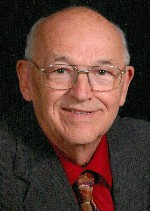 Mr. Grohmann worked as a retail clerk for a grocery store.  He was a member of St. Peter United Church of Christ in Red Bud, IL.  Floyd raised and showed canaries and also raised Boston Terriers.

Memorials may be made to St. Peter United Church of Christ in Red Bud, IL.  Condolences may be expressed online at www.rennerfh.com.