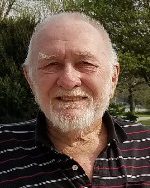 Mr. Switala retired from Parrish Trucking Company in 2014 after 40 years as an over the road truck driver. He also worked as a mechanic.  Floyd was a United States Army Veteran. He enjoyed sport cars, trucks, boxing, and riding Harley Davidson motorcycles. He was an animal lover and a hard worker, who was always ready to lend a helping hand.

He was preceded in death by his wife, Alice Rosemary Switala; his parents, Andrew P. and Alma M., nee Ehmke, Switala.

Memorials may be made to the Floyd Switala Memorial Fund.  Checks may be mailed or deposited to any FCB Banks location. Condolences may be expressed to the family online at www.rennerfh.com.