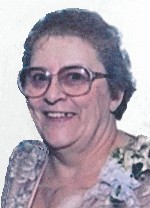 She was preceded in death by her husband, Eldon B. Dillow, who died on November 14, 2009; her parents, William and Frances E., nee Wheeler, O’Brien; and a sister, Beverly Jeanne, nee O’Brien, Foster.

Memorials may be made to Hospice of Southern Illinois or to the charity of the donor’s choice.  Condolences may be expressed to the family online at www.rennerfh.com.

My condolences to you all. Many a great time had at the Dillow house thru high school and after, good memories. You are all in my thoughts and prayers. Wayner