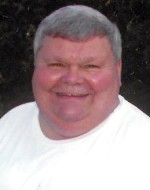 Mr. Theis was a member of the Sheet Metal Workers Union Local 268 and retired from BELOMAN. He attended Collinsville High School and then joined the United States Army serving in the Vietnam War and in Korea. Frank was a craftsman and loved working with his hands. He enjoyed camping, hunting, and traveling. He especially enjoyed his annual fishing trip to Rockbridge. Frank also enjoyed playing cards, shopping, and spoiling his granddaughters, Allison and Kaitlyn.

He was preceded in death by his, parents, Dalis and Ethel, nee Barr, Theis; a sister, Diana Theis; his mother-in-law, Bernice Lugge; and his father-in-law, Paul Lugge.

Visitation: Friends may visit the family from 2 to 4 p.m. Saturday, August 14, 2021, at George Renner & Sons Funeral Home, Belleville, IL. Due to the COVID-19 Pandemic, the family is requiring all visitors to wear masks.