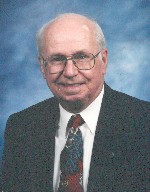 Memorials may be made to the Shriners Hospital for Children or to the Hoyelton Children’s Home. Condolences may be expressed to the family online at www.rennerfh.com.

So sorry for your loss. Pete, Betty and Pearl would go out for lunch every Sunday afternoon. They are together once again.

I have the greatest memories of Uncle Pete! The best one being when I found out as an adult his name wasn’t Pete! He always had a smile on his face & would brighten your day. I have many found memories from my childhood of him. Ranging from Fried Chicken dinners on Sundays at various VFW halls, to his shoe repair shop, he’s participation in the Shriner’s Parade, and the annual soap on a rope exchange with my cousin at Christmas time. And last but not least, he was always good to my grandma pearl. Rest in Peace Uncle Pete, you will be greatly missed. Please say hi to the old gang from me.

Sorry to hear about Pete. He was a great guy. He had a great sense of humor. I’ll remembered the Pete and Betty stories at the Jug Sunday mornings and hear about their latest cruise and where they are to eat Sunday for dinner and get Pearl.