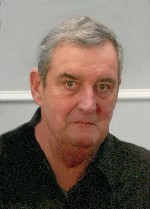 Mr. Thompson retired after a long career with the City of Belleville.  He has served as director of the Parks & Recreation Department from 1973 to 1989 and as superintendent of the Street Department from 1989 to 2006.  He also worked as an engineer technician in 2005 and as project manager for re-development.  Fred earned a Master of Science degree from the University of Illinois, and he was a U.S. Marine Corps veteran of the Vietnam War.  A member of Platoon 145, he had the privilege of serving with Pvt. Don Cobb, an excellent Marine, man, and friend.

He was preceded in death by his parents, Edward and Grace M., nee Martin, Thompson; and a sister, Ann Smith.

Surviving are his wife of 40 years, Mary Ann, nee Gintz, Thompson, whom he married on January 13, 1978;
a son, Ryan L. (Jennifer) Thompson  of Belleville, IL;
a daughter, Heather M. (Jared) Lemmons of Oklahoma City, OK;
a son, Eric B. Thompson of Waukegan, IL;
four grandchildren, Skottlynne, Alycia, Amelia, and Vincent;
his father figure, Richard Smith;
his sister, Rita Mae Smith of Kankakee, IL;
many nieces and nephews, along with a great number of family and friends;
and his caretakers, Yalanda Pursley and Jai Smith.

Memorials may be made to the Shriners Hospital for Children, St. Louis, MO.  Condolences may be expressed to the family online at www.rennerfh.com.