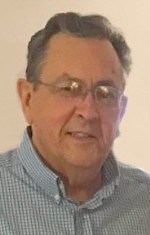 Gary worked for 44 years at Industrial Roller Co., Smithton, IL, and retired as plant supervisor in 2007.  He was an endowment life member of the NRA and a member of the St. Clair Gun Club.  He was a volunteer fireman in Smithton for 28 years, and loved hunting, fishing, and camping with his buddies.

Gary was preceded in death by his parents, Edward J. and Kathryn B., nee Heutel, Ittner; a brother, Edward G. Ittner; a sister, Audrey Snyder; and a brother-in-law, Lanson Cox.