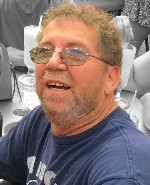 Gary worked as a union painter and dry wall installer.

Mr. Schaefer was preceded in death by his parents, Aloysius P. and Agnes C., nee Karban, Schaefer; a brother, Robert Schaefer; and a nephew, Curtis Schaefer.

Funeral:  Private funeral services will be held at a later date.