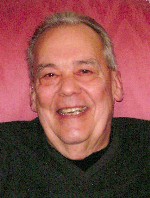 Mr. Mueller was a1956 graduate of New Baden High School, New Baden, IL, and a 1960 graduate of Regis University, Denver, CO, where he earned a bachelor’s degree in business administration. Gene always lived with a strong faith of God and a positive mental attitude “PMA.”  His greatest passion was his family.  He worked as an industrial engineer, a plant supervisor, and was in insurance sales. Gene and Doris then opened Lakeland Square Laundry in April of 1987.  Gene was dedicated to operating the business and enjoyed the patrons that he served.  After health issues, the business was taken over by grandson Aaron Gass.  Gene was a member and former chairman of the Swansea Zoning and Planning Board. He was a member of St. Teresa Catholic Church, served on the parish counsel, and was a past-officer of the men’s club at the church.

He was preceded in death by his parents, Clarence A. and Selma “Sally” P., nee Schwaegel, Mueller; his father-in-law and mother-in-law, Richard and Edna, nee Ketterer, Spaeth; his dear son-in-law, Michael Decker; and a brother-in-law, Herb Wilhelm.

The Family gives a grateful “Thank You” to the staff at Memorial Hospital in Belleville for the wonderful care and concern that was extended to Gene.

In lieu of flowers, memorials may be made to St. Teresa Catholic Church, Belleville, IL, Hospice of Southern Illinois, or to a charity of the donor’s choice. Condolences may be expressed to the family online at www.rennerfh.com.