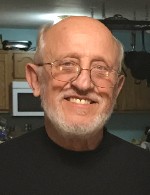 Print Obituary
Loving husband and father, George Joseph Lebonick, left his earthly body on Thursday, June 30, 2022, at the age of 81, after a lionhearted battle with cancer. George, born on November 14, 1940, in Uniontown, PA, to George and Rose, nee Scalzo, Lebonick, lived life unapologetically to the beat of his own drum.

Joining the United States Air Force at the age of 18, George’s love for travel began when he moved to Amarillo, Texas for training and became an aircraft mechanic and crew chief. His time in the military eventually brought him to Tripoli, Libya, where he was introduced to the art of bartering, a passion that would change the trajectory of his life.

After being honorably discharged from the military, George attended Parks College in Cahokia, Illinois, earning his FAA Air Agency Certificate. George began his career at McDonnell Douglas while his burgeoning interests in Native American artifacts, antiquities, coins and ancient art bubbled under the surface.

On a wing and prayer, George escaped from his corporate contract work and tried his hand as a professional barterer, coin dealer, auctioneer, and antiquities dealer, a career that would define him for the remainder of his life.

George’s smooth talking did not stop short with bartering. His charisma and suave moves on the dance floor landed him the ultimate deal, “the love of [his] life,” his wife of 40 years, Linn, nee Rank, Lebonick. Above all, George loved spending time with his wife, children, and grandchildren; wheeling and dealing; all animals; and discussing politics over breakfast at Gary’s Restaurant in Freeburg, IL.

He was preceded in death by his parents, George and Rose, nee Scalzo, Lebonick.

Memorials may be made to the Belleville Area Humane Society, or to the Siteman Cancer Center. Condolences may be expressed to the family online at www.rennerfh.com.