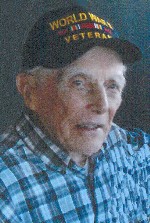 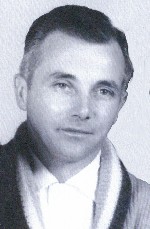 Greatly loved by family and friends alike, George was a cherished husband, father, grandfather, and friend. In 1944, George joined the Navy and served in the Pacific during WWII. He served as a boiler mechanic on an LSM ship. After his discharge, George worked for the railroad as an electrician and also worked at a local power plant. In the 1960s, he turned his attention to car mechanics and opened multiple filling stations around Belleville. As an avid golfer, George decided to invest into Yorktown Golf Course, where he eventually became the Greens Superintendent for many years. George spent much of his free time golfing with different groups and leagues. He played in the men’s and couple’s leagues at Yorktown and also orchestrated a Sunday golf group with a large group of friends. George was a true entertainer. Whether it was playing golf, hosting card games, singing, dancing, or putting on shows, George just loved to be with people having a good time. He was loved by many and will truly be missed.

George was preceded in death by his parents, Charles and Clara; his wife of 59 years, Loraine; his son, George “Butch” Lewis Jr; and two daughters, Kay Kalotek and Gale Lewis.

In lieu of flowers, memorials may be made to S.A.V.E. (St Clair Associated Vocational Enterprises), 3001 Save Rd, Belleville, IL 62221. Condolences may be expressed to the family online at www.rennerfh.com.