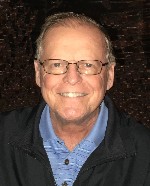 Mr. Meyer was a long-time member of Our Lady Queen of Peace Catholic Church.  He was employed with Ameren Electric, and had just proudly celebrated 40 years with the company. George was a devoted husband, father, and grandfather. He loved traveling with his family, watching classic westerns, and relished his role as “Papa” to each of his grandchildren. He never met a stranger, was a friend to all, and was always ready to lend a helping hand.

Memorials may be made to the American Cancer Society or Our Lady Queen of Peace Parish. Condolences may be expressed to the family online at www.rennerfh.com.

Funeral: A Mass of Christian Burial will be held at 10 a.m. Tuesday, October 31, 2017, at Our Lady Queen of Peace Catholic Church, Belleville, IL, with Fr. Matthew Elie officiating.

Burial will be at Green Mount Catholic Cemetery, Belleville, IL, with a luncheon to follow.