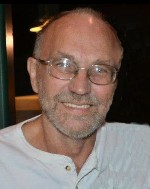 Mr. Moorleghen was a United States Army veteran.  He was a retired Systems Analyst for the Veterans Administration.

He was preceded in death by his parents, Elmer G. and Francis A., nee Heimann, Moorleghen; a brother Charles Moorleghen; and a sister, Janet Barringhaus.

In lieu of flowers, memorials may be made to the American Diabetes Association or the Hospice of Southern Illinois. Condolences may be expressed to the family online at www.rennerfh.com.

Burial with military honors will be held at Jefferson Barracks National Cemetery in St. Louis, MO.