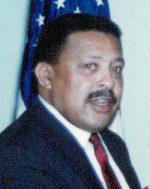 From the age of 18, George spent his life in service to his country. While in active duty, he was stationed both states side and overseas. George was especially proud to have served in Vietnam at Bien Hoa.  After active duty, his civilian position was Chief for the Plans and Programs Division at Headquarters MAC SPP, where he remained until his retirement in 1994.  Over the years his assignments, such as with the IG team, caused him to be away frequently but he never felt his responsibilities a burden.

Memorials may be made to MindsEye, Southern Poverty Law Center, 400 Washington Avenue, Montgomery, AL 36104. Condolences may be expressed to the family online at www.rennerfh.com.

The family would like to give special thanks to Dr. McDermott and Dr. Roop Lal and the staff at Prairie Cardiovascular Association.