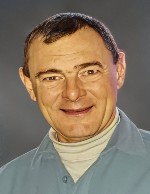 Jerry was a proud member of the United States Marine Corps where he served as a Private First Class. He always held his head high in honor of his fellow veterans and his service to our country. In his life Jerry lived in Belleville, IL; Cornwall, England; Cherry Point, NC; Lafayette, LA; Farmington, MO; and finally in Bunker Hill, IL. Jerry loved his family and friends completely and held them in high esteem. He cherished his time with each and enjoyed every moment he could with his parents, siblings, children, and grandchildren.

Jerry enjoyed the outdoors. As a youngster he traveled with family to many of the National Parks, and this was formative in his enthusiasm for the natural splendors of our country. On one occasion he hiked to the bottom of the Grand Canyon with friends and camped at Phantom Ranch on the north side of the Colorado River near Bright Angel Creek. Jerry developed an interest in Native American cultures. He was an avid bead worker and shared many of his beautiful creations with his loved ones. Jerry loved Native American art and regalia, especially that of Cherokee people. May he rest in the peace he so often deserved fortified by his faith in God and the Roman Catholic Church.

In lieu of flowers, memorials may be made to the National Alliance on Mental Illness (NAMI.org). Condolences may be expressed to the family online at www.rennerfh.com.

Prayer Vigil and Visitation: Friends may visit with the family from 10 to 11 a.m. Saturday, February 4, 2023, at St. Luke Roman Catholic Church, Belleville, IL.