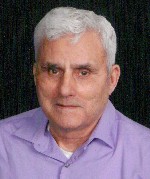 Gerald entered the U. S. Army in May of 1947, receiving his high school diploma while serving in Germany. He left the Army in April 1952 and worked various jobs before enlisting in the United States Air Force in November 1952. Gerald served in Germany, England, Japan, and Thailand before retiring as a Technical Sergeant on February 1, 1970.

After his retirement from military service, he worked at the United States Postal Service in Belleville, IL from April 1970 until January 1990. Jerry spent the next seven years working for the Village of Swansea as a dispatcher, and four years working at the Southwestern Illinois Correctional Center. He enjoyed watching Cardinal baseball on television, tending to his garden, having coffee with his friends at the Belleville East YMCA, and especially loved the time that he spent with his grandchildren and family.

In lieu of flowers, memorials may be made to HSHS Hospice Southern Illinois, to Belleville East YMCA, or to the charity of the donor’s choice. Condolences may be expressed to the family online at www.rennerfh.com.