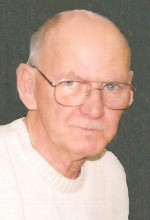 Gerald graduated from Cathedral High School in 1956.  He worked in the banking industry all his life.  He was always an animal lover, especially for his dogs.  He also loved sports, including boating, volleyball, and especially baseball.  He also took pride in his red Mustang.  Gerald was a United States Army veteran.  He was stationed two years in Germany and followed with four years in the United States Army Reserve. Gerald will always be remembered for his “never give up attitude”.  Gerald will be deeply missed by all who knew him and loved him.

In lieu of flowers, memorials may be made to Gerald’s Go Fund Me Account at www.gofundme.com/Jerry-Zacharski-Memorial-Fund or to the Belleville Area Humane Society. Condolences may be expressed to the family online at www.rennerfh.com.