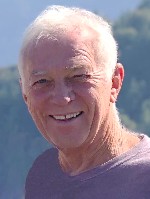 Print Obituary
Gerard “Jerry” Francis Boeckmann of Belleville, IL passed away on June 5, 2020 at the age of 70.

Jerry was born on September 9, 1949 to the late Rose, nee Korte, and Charles Boeckmann. He grew up in Bartelso, IL where he spent time working in the family garage, hanging out at the clubhouse, and developing his mischievous and jovial personality. Jerry graduated from Aviston Community High School in 1967 and entered the United States Air Force in 1968. He was trained as a jet aircraft mechanic. Upon leaving the Air Force in 1973 at the rank of Sergeant, Jerry happened to see an ad for an IT Technical School on the back of a matchbook, which ultimately decided his career path. He worked as a Computer Systems Analyst for many years before retiring from his job in the Federal Government.

Jerry married the love of his life, Patricia (Bretsch) Boeckmann on October 13, 1984. Together they enjoyed a beautiful life together, filled with love, traveling, and so much laughter. Jerry enjoyed cycling, spending time at the clubhouse, and hanging out with friends, acquaintances, strangers…really anyone at one of his local watering holes. Jerry laughed inappropriately at any chance, never stopped learning and growing, and stood up for what he believed in. A conversation shared with Jerry was never mundane and he never let the truth get in the way of a good story.

Jerry’s intricate and well-thought out plans to catch both the Easter Bunny and Santa Claus have been a source of great concern for his nieces and nephews – and now his great nieces and nephews – for many years. Both the Easter Bunny and Santa Claus are now free to roam unencumbered by fear of Jerry’s traps. But, for the rest of us that knew him, the void left by his passing will be impossible to fill.

In lieu of flowers, memorials may be made to the Disabled American Veterans, to the Belleville Area Humane Society, or to Camp Ondessonk. Condolences may be expressed to the family online at www.rennerfh.com.

Funeral:  There will be no visitation, and the funeral will be private. A celebration of life will be held at a later date.