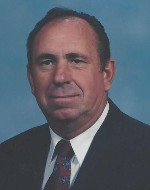 Glenn was the youngest of four children, born to George and Frieda, nee Kaufmann, Hermann, and was raised in St. Louis, MO, Hoffman, Nashville and Belleville, IL.  He was an alumnus of Belleville Township after which he spent 4 years in the United States Navy.  Glenn was a commercial roofer, by trade, who retired from Top Priority Roofing Company.   Glenn was a parishioner of the Cathedral of St. Peter as well as a member of the Full Gospel Businessmen’s Fellowship International, the Order of Franciscans Secular, and Christ the King prayer group.

Memorials may be made to the Order of Franciscan Secular in care of St. Teresa’s Catholic Church, 1201 Lebanon Ave., Belleville, IL 62221. Condolences may be expressed to the family online at www.rennerfh.com.

Visitation: Friends may visit with the family from 4 to 8 p.m. Wednesday, August 29, 2018, at George Renner & Sons Funeral Home, Belleville IL, with a prayer service at 6 p.m., followed by an Order of the Franciscan Secular prayer service.  Friends may also visit from 8:30 to 9:30 a.m. Thursday, August 30, 2018, at St. Peter’s Cathedral Catholic Church.