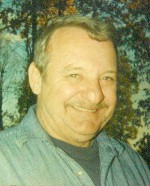 Mr. Raynes was a United States Army veteran and member of the Green Beret 5th Special Forces Group, serving in Vietnam.  He was awarded the bronze star for his contributions to the unit.  The skills he acquired with the Green Beret’s served him well throughout his life and especially during his fight with illnesses over the last decade.  He was tough, hardworking, and a fierce fighter who, with the love of his family, fought right up until the end. Butch was Catholic and a graduate of Cathedral High School, Belleville, IL.  He was a member of the Belleville-Swansea Moose Lodge 1221 and was the former owner of Skootr’s Restaurant in Mascoutah, IL and the former Antique House in Belleville, IL.

He was preceded in death by parents; his grandparents, Edward and Florence Foppe; and two sisters, Georgette and Barbara.