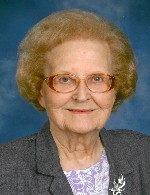 She was a 1942 graduate of Belleville Township High School. In 1946, she received a Bachelor of Science in Education degree from Southern Illinois University at Carbondale.  During her senior year, she was president of Pi Kappa Sigma Sorority (now Sigma Kappa) and was listed in the 1945-1946 edition of Who’s Who Among Students in American Universities and Colleges. On June 12, 1948, she married Frank Brashier in the First Methodist Church, Carbondale, IL. She earned a Master of Arts in French from the University of Arizona, Tucson and a Master of Education degree from the University of Mississippi, Oxford. In 1960, she was awarded a NDEA (National Defense Education Act) grant to study French at Washington University, St. Louis, MO. Two years later, she was awarded a second NDEA grant to study French with the University of Oregon in Tours, France.  She also did graduate work at Saint Louis University, at the Ecole Francaise at Middlebury College in Vermont at The Ohio State University in Lyon, France and at Saltillo, Coahuila, Mexico.

She was preceded in death by her husband, Frank, who died on June 15, 1991; her parents, John and Florence, nee Richards, Wegner; her niece, Nancy Jane Wegner; her nephew, Thomas M. Hess; her brother, Richard John Wegner; her sister, Ethel May Wegner Hess; and many aunts, uncles and cousins.

Private services will be held.