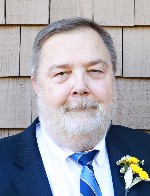 Grant and Marie, his high-school sweetheart of 53 years, were blessed with the birth of their first daughter Helen on February 5th 1970. They married on June 13th, 1970 and moved from Sullivan County Pennsylvania to attend Penn State University, where Grant was a United States Air Force (USAF) ROTC cadet and active member of the Drill Team. He earned his bachelor’s degree in Computer Science in June 1973 as a 2nd Lieutenant in the USAF. His career with the USAF took his young family to Mather & Castle Air Force Bases (AFB) in California, where he earned honors for the highest academic average in his class for Navigator Bombardier Training. In 1974, Grant and his family transferred to KI Sawyer AFB, Michigan where he and Marie were blessed with the births of Veronica, Joshuah, and Jason. Grant was promoted to 1st Lieutenant and later promoted to Captain, serving in the 644th Bomb Squadron, assigned to the 410th Bombardment Wing. He received the Eighth Air Force Blue Ribbon Award for his contributions towards the combat effectiveness of the Strategic Air Command during his service at KI Sawyer AFB. In his spare time, he earned his MBA from Northern Michigan University as a member of the Phi Kappa Phi Honor Society. In late 1980, Captain Leljedal was transferred to Strategic Air Command Headquarters at Offutt Air Force Base near Omaha, Nebraska, where his fifth child Jonathan was born. Deferring a promotion from Captain to Major, Grant chose to retire from the USAF in 1985, and moved his family to Freeburg, Illinois, where he began work as a private consultant, continuing to support projects for the US Government until his retirement in 2015. Grant lived the remainder of his life in Freeburg where he was deeply committed to his family, community, fellow service-members, genealogy, and his church.

While Grant proudly served his country, it was Marie and his children who brought him the greatest sense of accomplishment. Home was where his heart built refuge, whether it was finishing the basement for his growing family, installing his own underground sprinkler system as his little “helpers” leaned on the shovels and inspected, making a custom yard-shed because he wanted his kids to have a partition for a playhouse, inconspicuously building a Barbie Doll house in the basement for weeks before it appeared beneath the Christmas tree, turning woodworking project ideas into furniture for his home, creating science fair projects, or excitedly sharing floor plans of the house that he bought in Freeburg for his family. Grant had a passion for creating things for his family, channeling his love from his heart through his hands and building a solid foundation for each of them in their home and lives. His influence on the many lives he touched will carry on through loving memories of him for generations to come.

Grant was preceded in death by his father, Charles Leljedal; and a brother-in-law, Richard Taylor.

Memorials may be made to the Wounded Warrior Project, Freeburg Food & Clothing Bank, and the National Kidney Foundation. Condolences may be expressed to the family online at www.rennerfh.com.

Funeral: A Mass of the Resurrection will be held at 11 a.m. Saturday, December 7, 2019 at St. Mary’s Catholic Church, Belleville, IL.