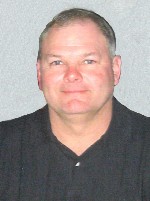 Print Obituary
Gregory Francis “Greg” Bergmann, 56, of Belleville, IL, born March 5, 1962, in Belleville, IL, died Friday, May 25, 2018, at his home, surrounded by his family after a two year battle with cancer.

Greg graduated from Althoff Catholic High School in 1980, and then from McKendree College, where he played Bearcat Baseball.  His Bearcat teammates became life-long friends, as did teammates from numerous other baseball and softball teams he played on over the years.  He was the owner and operator of Goodall Tire Company, where he had started working for his father-in-law at the age of seventeen.

Greg enjoyed the outdoors, sports (especially the St. Louis Cardinals and Blues), fishing trips with his buddies, and spending time with his family and friends.  He was a member of St. Peter’s Cathedral Catholic Church.

The family would like to thank Dr. Mark Walshauser and the staff at Cancer Care Specialists of Illinois, as well as Family Hospice for their compassionate care.

Memorials may be made to Family Hospice or St. Peter’s Cathedral. Condolences may be expressed to the family online at www.rennerfh.com.

Funeral:  Funeral procession will leave at 9:45 a.m. Wednesday, May 30, 2018, from the funeral home for a 10 a.m. Mass of Christian Burial at St. Peter’s Cathedral, with Msgr. John Myler officiating.