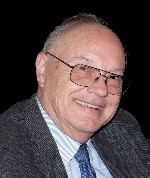 Mr. Houser retired as a department manager for Sears, Roebuck, and Co.  He attended Garden Heights Baptist Church in Belleville for many years.  Lee was a member of the Belleville News-Democrat Advisory Board and an avid supporter of the Belleville East High School Band Program.  He served his country in the U.S. Army Reserves for 29 years.

Lee was preceded in death by his parents, Harold F. and Viola K., nee Sensel, Houser.

Lee is survived by cousins.  He will be missed by the many relatives and friends he leaves.  He has gone home to be with the Lord, who we are sure is saying, “Well done, thy good and faithful servant.”

Memorials may be made to Charis Baptist Church.  Condolences may be expressed online at www.rennerfh.com.

Lee was a wonderful friend. He will be truly missed.

See you later alligator, after while crocodile. I hope you find a clean taxi in heaven. Our days will be empty but we are so thankful that you are home with our heavenly father and are now pain free.

If Lee new of someone in need, he did everything in his power to help meet that need. It has been an honor to know Lee and he will be missed very much by friends and family. Rest in peace, Lee.

I met Lee so many years ago that I can’t remember exactly. He was by far the most selfless person I have ever met. His continued love and support of the East band program is humbling still. I enjoyed his stories from band to days at Sears to his pride in the armed forces. His genuine nature and selflessness/ service to others should be spread to all of humanity. I’ll miss you Mr. Houser. Rest in peace.

I was honor to call him friend. Mr. Houser as I always called him taught me a lot about the retail business. He was a good mentor and a great friend. Rest in peace Mr. Houser. You will be missed dearly

I had the pleasure of working for Mr. Houser in the Men’s Dept. at Sear’s in Fairview Heights. He was instumental in getting me promoted into management,and being his assistant manager. He taught me things that still use today 35 years later. He was such a patient man and had a good sense of humor under that shy facade. He always used to joke with who ever call from another store that it was always sunny in Belleville. He loved his involvement in the Army reserves, and took his job very seriously concerning his troops. Talked like they were his kids at times. Yes, I believe Heaven is just a little bit better now that Mr. Houser has arrived! Ps. Thanks Lee for all the cups of coffee you bought me down in the cafeteria before starting our work day!

What a great guy!….Lee was always to help out..and yes, he kept me on my toes in knowing what was going on in the men’s business. He beccame my friend as well in the best city I lived in. Lee will be missed but his legend lies on.

Lee was a very generous and caring person. I will always remember how he cared for his mother and so many others. See you in heaven.

Mr. Houser was a great friend and former boss. Always enjoyed his stories about the army and old Sears stories. He will be missed but know he is now relaxing in the presence of our dear Savior.

Yes, he was a really really good person and a hard worker. I spent a lot of time with Lee when we were in the 892d Trans Co. Godspeed and hope to see you again….