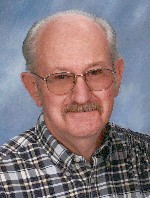 Mr. Moore retired as a produce manager for National Food Stores.  He was a member of Retail Clerks Local 881.

Harry was preceded in death by his parents, Harry and Edna M., nee Johnson, Moore; one brother; and a grandson, Michael Moore.

Krystle, I’m so sorry for your loss. Praying for you all!