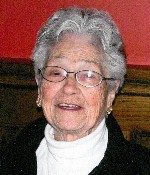 She was preceded in death by her husband of 55 years, Norman H. Lehr, whom she married June 5, 1937, and who died September 23, 1992; her son, Norbert Lehr; her parents, William and Ottille “Tillie,” nee Schnur, Griebel; three brothers, Roy, Lester, and Walter Griebel; and four sisters, Irene Fink, Hilda Springer, Edna Gain, and Erna Tribout.

Memorials may be made to the Melvin Price Park in Swansea, IL. Condolences may be expressed to the family online at www.rennerfh.com.

Funeral: Due to current Covid-19 restrictions, private family services will be held.