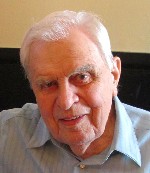 Mr. Wienstroer retired from General Motors, where he had worked for 30 years.  He later worked at Belle-Clair Fairgrounds for 15 years.  He was a member of St. Luke’s Parish, Belleville, IL, of the St. Luke’s Men’s Club, and the South Side Improvement Association.

Memorials may be made to Family Hospice, in the form of Masses, or to the charity of the donor’s choice.  Condolences may be expressed to the family online at www.rennerfh.com.