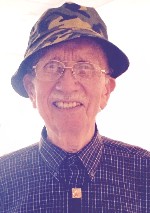 Mr. McKenzie was a welder and retired from Boilermakers Local 27 after 30 years of service. He was a United States Army Korean War veteran. Herman was a master at everything and could fix anything. He was an Eagle Scout, collector of Japanese swords, loved music, and in his younger years, enjoyed spelunking.

He was preceded in death by a son, Thomas Mitchell; his parents, Everett and AnnLou, nee Harrington, McKenzie; a grandson, Joshua, in infancy; a brother, Marion McKenzie; and a brother-in-law, Bill McCulley.

Memorials may be made to St. Jude Children’s Research Hospital. Condolences may be expressed to the family online at www.rennerfh.com.