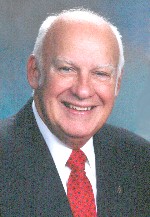 Mr. Olsen was an architect and retired from FGM Architects. He was a former fighter pilot for the United States Air Force.

He was preceded in death by his parents, Joseph and Esther, nee Rowland, Olsen; a sister, Betty Jane Reeves; and a brother, Joseph Olsen.

Memorials may be made to St. Paul United Church of Christ, Belleville, IL, or Tunnels to Towers Foundation, 2361 Hylan Blvd, Staten Island, NY, 10306. Condolences may be expressed to the family online at www.rennerfh.com.

Burial with full military honors will be at Jefferson Barracks National Cemetery, St. Louis, MO, at a later date.