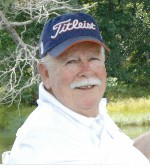 Mr. Roth was a Claims Supervisor with State Farm Insurance Company for 33 years. He was a member of St. Henry Catholic Church, Belleville, IL. Jack was a U.S. Army veteran.

In lieu of flowers, memorials may be made to Clifftop, www.clifftopalliance.org. Condolences may be expressed to the family online at www.rennerfh.com.

Visitation: Friends may visit with the family from 9 to 11 a.m. Saturday, February 25, 2017, at St. Augustine of Canterbury Catholic Church, Belleville, IL.

I would like to express my sympathy to all in the Roth family for the loss of a great man, friend and co-worker for many, many years. Jack was one of a kind and made working at State Farm a pleasure. He also made everyone he came in contact with very comfortable. He had a way of talking with people and making a normal discussion fun. He always had a joke or two to tell me, which made my day. Jack was seldom down and seemed to always have a smile on his face. We had a few drinks one night and I would always drink vodka and tonic with a twist of lime. When we got to his house, I would throw the lime into his yard. He told me to do that, so that a lime tree would grow there. I think it did. Jack may you rest in peace until we meet again. Love and prayers to all.
Gary Lowrie

I would like to express my sympathy to all of you. I worked with Jack at State Farm for many years. I remember his jovial nature and his caring nature. We had many fun times. Prayers to all.