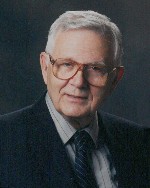 Print Obituary
Dr. Jack Tilden Stokes, 94, of Belleville, IL., died January 8, 2018, at St Paul’s Senior Community in Belleville with family at his side.  Jack was a well-known playwright, director, actor, and teacher.  A man of many talents, Jack was a unique personality and gifted wordsmith who loved to play with words and incorporated his love of rhythm, rhyme, and music into his stories, plays, and performances.

The son of a coal miner and homemaker, Jack was born August 26, 1923, in Sullivan, IN., to Sherman Hayes Stokes and Elizabeth Jane Robbins.  The oldest of three sons, Jack was raised in Sullivan and graduated from Sullivan High School in 1941.

Drafted by the United States Army in 1943, Jack served across the globe during World War II, including North Africa (with a long stint in Casablanca); Naples, Italy; and Salzburg, Austria, the birthplace of Mozart.  He was present when the famous Salzburg Festival was re-born after having been shut down during the war.  While in the service, he enjoyed memorable furloughs in Paris and London, which included a visit to Hyde Park, where (Jack said) you could always find someone standing on a soap box drawing an audience for his or her ideas. “Real democracy and freedom of speech,” he wrote in a remembrance to his family.

After being honorably discharged in January 1946 as a Technical Sergeant, 4th Grade, Jack took advantage of the GI Bill of Rights and started his studies at Indiana State Teachers College in Terre Haute, IN., where he earned degrees in English and Social Studies.  It was during this time that Jack met his future bride and life-mate, Bettie Mae Johnson, the young girl who lived across the street from him in Sullivan.  They attended college together, married on May 1, 1948, and graduated together in 1950.  Jack later earned a Master’s in English from the University of Illinois and a PhD in Speech and Theater from Southern Illinois University at Carbondale.  He was awarded the William C. Ball English Prize at Indiana State and a fellowship at SIUC.

Jack was a veteran high school teacher and college professor, teaching English, literature, speech, and theater.  Jack taught high school for one year at Basin, WY, and nine years at Oblong, IL.  In 1961, Jack and Bettie moved to Belleville.  He initially taught at both Belleville Township High School and Belleville Junior College (subsequently known as Belleville Area College and, now, Southwestern Illinois College), since at the time both were in the same school system.  When the college separated from the high school, he taught exclusively for the college.  Jack retired from Belleville Area College in 1989.

Jack is the author of numerous award-winning plays and pieces for both Readers Theater and Dramachoir.  His work has been produced across the world–from St Louis to South Africa to Japan.  As the founder of Southwestern Illinois College’s Children’s Theater Touring Company, his plays are well-known to a generation of local children and audiences.  His works include Wiley and the Hairy Man, anthologized in the collection Plays Children Love; The Incredible Jungle Journey of Fenda Maria, anthologized in two collections – Contemporary Children’s Theatre and Eight Plays for Youth; and Mama Medea, a one-act play which won first place honors at a national junior college contest in 1974 and is the basis of the movie Mama Medea, produced and directed by Dennis Vaughan.  More recently, Jack was awarded the Illinois Theatre Association’s Children’s Theatre Award in 2001; and in 2011, a production of Wiley and the Hairy Man, performed by the County Seat Theater Company in Cloquet, MN., was selected to perform at the World Festival of Children’s Performing Arts in Toyama, Japan, the United States’ sole entry in the quadrennial, international event.

Following his retirement, Jack continued to create and perform volunteer work.  He was active as a playwright, a performer in local theatrical productions, a volunteer with Retired Senior Volunteer Program, and (with his wife) a volunteer for the local chapter of the National Alliance for the Mentally Ill.  In his spare time, Jack loved to attend the theater and symphony, watch movies, and read.  He was a loving husband, father, grandfather, and son.  He was our hero and will be missed forever.

Memorials may be made to the Southwestern Illinois College Foundation in support of the Jack Stokes Legacy Scholarship.  Gifts can be made to the scholarship online at thankyou.swic.edu. Condolences may be expressed to the family online at www.rennerfh.com.

Visitation: Friends may visit with the family from 4 to 8 p.m. Friday, January 12, 2018, at George Renner & Sons Funeral Home, Belleville, IL.