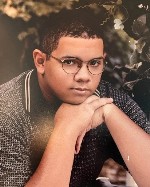 Jacob attended Southwest Illinois College (SWIC) from September of 2003 through May of 2005.  He graduated with a degree in Administration of Justice and used that degree in one form or another for the remainder of his life.  He had several jobs in security, including working for Metrolink. He finished his career as a messenger with Brink’s U.S., a division of Brinks Inc.

Jacob was preceded in death by his grandmother, Joyce Marie Bouvia; and his grandparents, Jacob R. Benscoter and Iris Benscoter.

In lieu of flowers, memorials may be made to The French Village Fire Department. Condolences may be expressed to the family online at www.rennerfh.com.