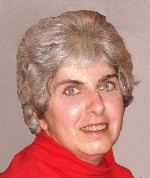 Jackie was a life-long member of St. Teresa’s Catholic Church, Belleville, Ill.  In her younger years, Jackie worked at Viviano’s Italian Restaurant, helping alongside family members from 1975 until 2001.  Jackie was a special-needs individual who recently resided at a group home for the developmentally challenged in Smithton, Ill.

Jackie was a wonderful and loving daughter, mother, grandmother, and sister; one who never failed to show concern and love towards others.  She frequently made her family and friends smile with her sweet, unique sense of honesty and humor, and her innocence seldom failed to touch people’s hearts in an extraordinary way.  Jackie was the first to step up to lead the family in saying grace before meals, especially at special family get-togethers.  She loved to spend time watching “The Sound of Music,” “Wizard of Oz,” and “The Three Stooges” with her family.  She waited in anticipation each weekday for her favorite TV show, “The Price is Right.”  Jackie’s much-loved pastime was cheering on the St. Louis Cardinals baseball team, which she did faithfully and enthusiastically.  Visiting with her daughter, Beth, and grandchildren, Alex and Alyssa, when they were in town, made her especially happy.

Jackie was preceded in death by her father, John P. Viviano; a sister, Joyce Ellen Viviano; and her grandparents, Joseph and Serafina LoGrasso and Pietro and Rosalia Viviano.

Memorials may be made to St. Teresa’s Catholic Church, in the form of Masses, or to Hospice of Southern Illinois. Condolences may be expressed to the family online at www.rennerfh.com.

Visitation: Friends may visit with the family from 4 to 8 p.m. Tuesday, October 3, 2017, at George Renner & Sons Funeral Home, Belleville, Ill., and again from 9 to 10:30 a.m. Wednesday, October 4, 2017, at the funeral home.  A recitation of the rosary by St. Teresa’s Legion of Mary and the Third Order of the Secular Franciscans will be held at 7 p.m. Tuesday at the funeral home.