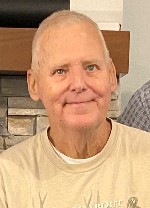 Mr. Bell had worked for many years at Stag Brewery, Belleville, IL, until its closing. More recently he worked at Jost Chemical Plant, St. Louis, MO, and retired in 2016. He was a 20-year volunteer fireman in Swansea, IL, and enjoyed being a fireman and helping others. He loved the outdoors. Jim and his family spent many years camping and enjoying the outdoors together. Mr. Bell was a United States Air Force veteran.

He is preceded in death by his parents, Augustus and Rita, nee Schaefer, Bell; two sisters, Julia Bell, in infancy; Janet Palmeri; his mother-in-law, Mary T. Heap; and a brother-in-law, James Heap.

Memorials may be made to the Swansea Fire Department. Condolences may be expressed to the family online at www.rennerfh.com.