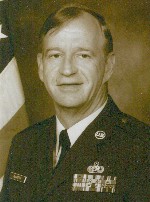 SMSgt. Blacketter served his country in the U.S. Air Force for 26 years.  He was a veteran of both the Vietnam War and Desert Storm.  James was very involved in the lives of his family.

He was preceded in death by his father, James Ernest Blacketter; and two brothers.

Our deepest sympathy to the entire family. We love you!

We were so saddened to hear of your loss. We hold the family close to our heart and in our prayers during this time.
Chuck “Paul” & Ladonna Vest

We were saddened to hear of your loss. We will keep you and the family in our prayers. Our deepest sympathy to the entire family.