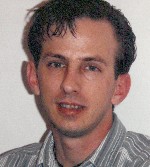 He was preceded in death by his mother, Mary E., nee Pearce, Borkowski.

The family would like to extend their gratitude and sincere thanks to the physicians, nurses, and staff of the fifth floor ICU Unit at Barnes-Jewish Hospital for all the dedicated care and comfort they provided to Jim.

Memorials may be made to the American Heart Association or to the Belleville Area Humane Society. Condolences may be expressed to the family online at www.rennerfh.com.

Visitation:  Friends may visit with the family from 4 to 8 p.m. Friday, February 17, 2017, at George Renner & Sons Funeral Home, Belleville, IL.

Burial will be at St. Adalbert Cemetery, Fairview Heights, IL.