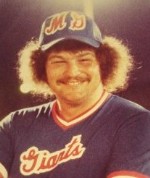 Mr. Brandt worked for the Laborers Local 459 in Belleville, IL, and previously worked as a roofer for Jim Taylor Roofing. Jim was a member of the Moose Lodge.  He played softball with the Mudville Giants, enjoyed coaching for the Belleville Little Devils, and was an avid Dallas Cowboys fan.

We are thinking about you with fond memories of Jim.
Out thoughts and prayers will be with you tomorrow as you lay him to rest.