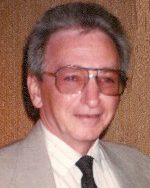 Mr. Gorman was a retired senior software engineer for First Data Resource, Maryland Heights, MO.  Larry was raised in southwest Michigan until he was 18 years old, when he moved to Belleville, IL, in January of 1963. In 1965, he joined the U.S. Army and served as a radio operator from March 9, 1966 to March 9, 1967 in Vietnam.  He was in the 2nd Battalion 28th Infantry, 1st Infantry Division.  Sgt. Gorman was awarded the Combat Infantry Badge, the Bronze Star with V Device for Valor, the Vietnam Cross of Gallantry for Heroism in Combat, the Air Medal, Army Accommodation Medal, Vietnam Service Medal, Vietnam Campaign Medal, and the National Defense Medal.  Mr. Gorman was a lifetime member of the VFW Post 6368, Dupo, IL.  “Agent Orange finally got me.”

Larry was preceded in death by his son, Benjamin Ray; and his parents, Lloyd and Luedean E., nee Dunn, Gorman.

Visitation:  Friends may visit with the family from 4 to 8 p.m. Tuesday, November 14, 2017, at George Renner & Sons Funeral Home, Belleville, IL.

Burial with military honors will be at Lake View Memorial Gardens, Belleville, IL.