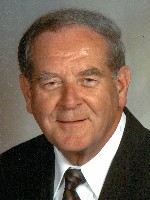 Jim was an executive vice president of FGM Architects before his retirement.  He was a member of St. John the Baptist Catholic Church, Smithton, IL, and also served in the U.S. Army Reserves.

Mr. Harter was preceded in death by his wife of 50 years, Kay Lorraine Harter, nee Schwarz, whom he married on Thanksgiving Day, November 22, 1962, and who died on April 24, 2013; and his parents, James J. and Cecilia A., nee Joseph, Harter.

Visitation:  Friends may visit with the family from 4 to 8 p.m. Sunday, November 13, 2016, at George Renner & Sons Funeral Home, Belleville, IL.

Jim and I worked on many projects together and he became more than an acquaintance. I consider myself fortunate to have known and worked with him. He will be in my thoughts and prayers.

We have had the pleasure of working with Jim for the last several years on painting projects at his home. He spoke so proudly of his family and the love he had for his wife. We are very grateful to have had the privilege to have known and worked with Jim and we are saddened to hear of his passing. He left an unforgettable impression. His family is in our thoughts and prayers. Your Friends from Cordes Painting

We will miss Jim’s voice in the choir at St. John’s. He was a very sweet and generous man. I will miss seeing his smile.

My sincerest sympathy to the Harter family. Your dad was a true Christian and top shelf professional. I graduated from St Mary’s with your mom and dad.

I was proud to call Jim my partner for many years at FGM Architects. I speak for everyone who worked with Jim when I say Thank You for being such a role model. A consummate professional Jim served as a mentor to many young Architects- his contributions will be long remembered.

Jeff and family,
My sincerest condolences on the loss of your father. Cherish your memories with him!
Cyndi

My thoughts and prayers are with the Harter family during this difficult time.