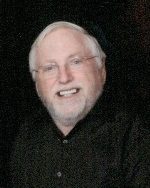 Mr. Karban was the past owner and operator of Der Kandle Keller. He later retired from UPS after 25 years as a driver and achieved 25 years of safe driving. After retirement, he worked as an usher at Busch Stadium. Jim was proud to be a member of the first graduating class at Althoff Catholic High School in 1965. James was a United States Air Force Vietnam veteran.

He was blessed with a multifaceted personality in that he was bluntly honest, and you always knew where you stood. His humor and quick wit were unmatched. He would anonymously give of himself to friends and service personnel. He would enlighten the lives of others through the spirit of St. Nicholas. Jim’s love for his wife, children and grandchildren surpassed all else.

Jim had an affinity for traveling to and absorbing the beauty of the Smoky Mountains.  He was an avid Cardinals and Blues fan from day one. The shining moment was when he was able to see the Stanley Cup and the Blues raise the banner. Jim continued his dedication to his children’s and grandchildren’s sports games.

He was the fourth child of his late parents, Victor J. and Edna C., nee Vermalen, Karban. He was preceded in death by two brothers.

Memorials may be made to the MS Society Mid America Chapter or to the Vietnam Veterans of America – Chapter 269. Condolences may be expressed to the family online at www.rennerfh.com.

Funeral:  A Mass of Christian Burial will be at 10:30 a.m. Tuesday, October 8, 2019, at St. Augustine of Canterbury Catholic Church, Belleville, IL, with Msgr. William McGhee officiating.