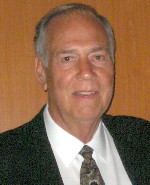 Mr. Massey graduated from Alton High School, Alton, IL, in 1956 and earned a Bachelor’s Degree and Master’s Degree from Southern Illinois University, Carbondale in 1960 and 1962 respectively.  Jim started his teaching career in 1960 at Belleville Township High School and Junior College as a chemistry teacher, and was an assistant principal at the school from 1968 to 1971.  From 1972 until 2007 he was a chemistry professor at Belleville Area College.  He was a member of the American Association of University Professors and the Illinois Community College Faculty Association.  He served as the chairperson of the Faculty Advisory Committee to the Illinois Board of Higher Education.

Jim was a member of the Belleville Kiwanis Club and was a volunteer at the Missouri Botanical Gardens as a Master Gardener.  Jim was a long-time parishioner of St. George’s Episcopal Church, Belleville, IL.

Memorials may be made to St. George’s Episcopal Church or to the Missouri Botanical Gardens.  Condolences may be expressed to the family online at www.rennerfh.com.